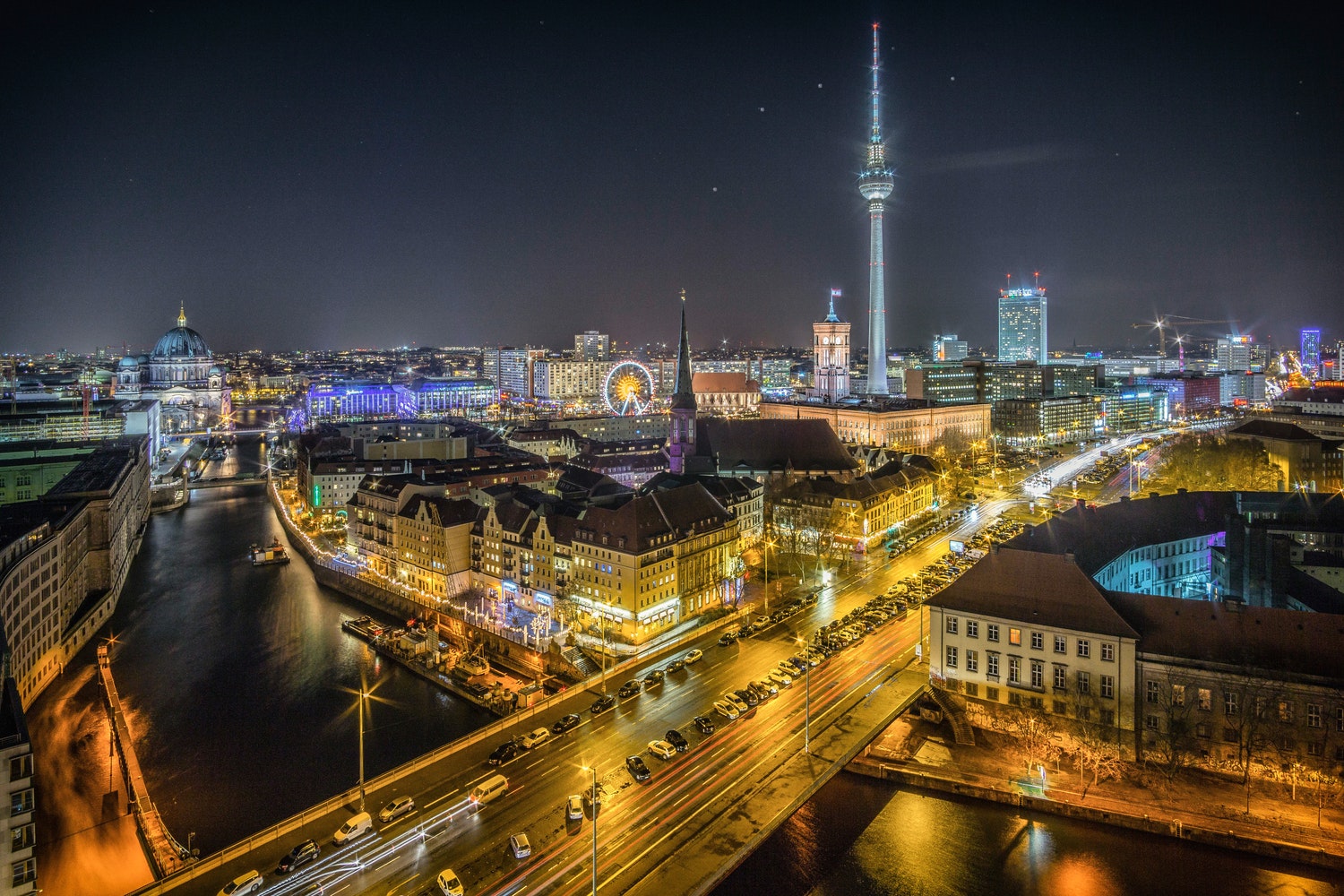 Berlin, a cosmopolitan city with a rich cultural and historical heritage, transforms itself into a lively and entertaining hub at night.

Full of clubs open all night, the nightlife of Europe’s “city that never sleeps” continues to be the reference for other capitals.

Among the most popular districts are Kreuzberg, Mitte, Prenzlauerberg and Friedrichshain. The clubs here have become very famous for being the heart of new musical trends such as electronica and techno, but there is plenty of variety to suit everyone’s taste.

If you are looking to experience Berlin’s nightlife as a true local, below we’ve created a list of the most popular locations for those who can enjoy Berlin by night 365 days a year!

Berlin’s best clubs: scenarios and locations revisited under the sign of fun

// about blank is one of the most incredible clubs in Berlin! Once illegal, this multi-room club located in Ostkreuz S-Bahnhof, Friedrichshain is now an exclusive and surprising venue. Located next to Salon Zur Wilde Renate and run by a cooperative that also organises cultural and political events, the club offers a very large space, with two main rooms inside, and a garden that is also open in winter.

One of the most popular clubs is Arkaoda, located in the Neukölln district on Karl Marx Square. Once a bowling alley, today it is inspired by Turkish settings, recalling the famous club of the same name in Istanbul, with Persian carpets and a warm and decidedly un-Teutonic atmosphere. Choose Arkaoda if you like discovering the new, the different and niche music genres.

Best clubs in Berlin: Kraftwerk and the lights of the power station

SchwuZ, OHM and Tresor are other names to add to your list. These are equally famous clubs whose common denominator is their location. All three are located at Sonnenallee 221, in the former Kraftwek power station in the Mitte district.

The SchuZ has along history behind it: founded in 1977 by young Berlin university students who wanted to live their homosexuality freely, this club has since become a meeting point for the LGBT community, although it has always been very popular with straight people too.

The Tresor is another mainstay of the city: an underground techno club and record label, it was founded in 1991 in what used to be an old Wertheim warehouse. Fun fact: the club’s name refers to an incident in the basement of its first location on Leipzigerstrasse, where safes were found.

On the ground floor of the same building, the Ohm hosts more niche music and up-and-coming artists. Thanks to its local music policy, it has become one of Berlin’s favourite nightlife spots.

The best places in Berlin: kebabs, beer and tradition

After spending the night dancing in Berlin’s best clubs, recharge your batteries at Mustafà, Berlin’s most famous kebab stand. Mehringdamm 32 is the address to write down.

The undisputed destination for fans of electronic music and nightlife, Berlin is also the ideal city for those who prefer to enjoy a good beer with friends in a typical pub.

We recommend the Wilhelm Hoeck 1892, the kneipe par excellence, which has also been chosen as the setting for many films and television series.

Maybe it is the retro décor, with the old Krupp cash register and barrels of liquor on display, but the atmosphere of the place is decidedly different from those included in the usual tourist routes, makingit the ideal stop for those looking for a real local experience.

If, on the other hand, you’re looking for a place to enjoy Berlin traditions, head to Stadklause: low prices and traditional cuisine are the perfect combination for this restaurant, which stands out for being one of the few old buildings still standing near the Anhalter Bahnhof. The furnishings and photos that you will find inside will tell its history, and you’ll blend in with the regulars of this lovely little restaurant just a few kilometres from the city centre.